Stay updated with whats going on at Street Styles 4 All

We promise to keep your email safe

Hi everyone.  Been a while since we last posted here, as so much has been going on. We will hopefully have multiple bits of BIG news to reveal soon!

We recently received the DVD from the distribution company and we thought it looked great, but were underwhelmed by the quality of the footage on the whole.

We have had quite a few discussions in the office as to why, and the outcome was the following:

With this DVD, it is not great footage. But it is better than nothing.  We were so used to the Winter Gardens that we didn’t foresee these things happening.

The DVD  is more for the memories and so that you HAVE something to remember and we want you to be happy.  If, however, you are not completely happy feel free to return it for a refund.

Lessons have been learned for next year or when are at the Congress again (as they are closing the theatres for about 18 months).

It was an EPIC show, celebrating 10 years, and we thank you for your continued support. 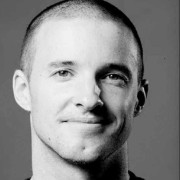 We finally did it, we got our own studio. Located at 64 Hammonds Drive. Featuring: MORE Street Dance classes Flips and Tricks classes Open Freestyle Gym Sessions (jump in the foam pit!) ...